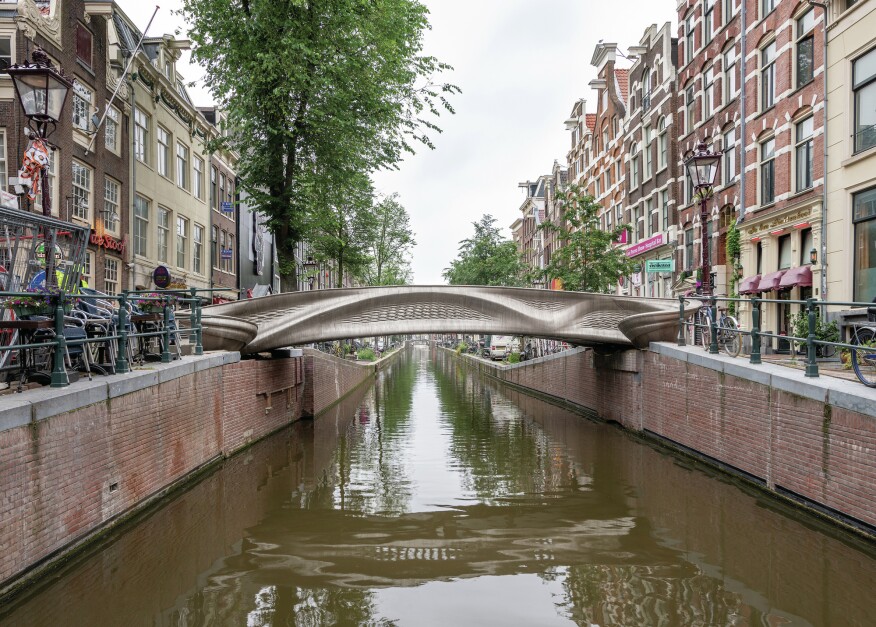 After six years in the making, the world’s first 3D printed steel bridge has been completed. Stretching over the Oudezijds Achterburgwal in Amsterdam’s Red Light District, the 40-foot-long pedestrian bridge is over 6,000 kilograms (approx. 13,228 pounds) of stainless steel.

Named MX3D Bridge, it was designed by Dutch studio Joris Laarman Lab in collaboration with MX3D, a technology company co-founded by Laarman, and engineering firm Arup.

An array of sensors embedded into the structure will allow ICL researchers to monitor the bridge’s performance, the durability of 3D printed infrastructure, and the “long-term behavior of 3D-printed steel, as well as its use in real world settings and in future novel construction projects,” according to a press release from the university. The sensors will transmit data, detailing the bridge’s strain, rotation, vibrations, quality, and overall temperature, to a digital twin in real-time, aiming to ensure the project safety and performance.

“This causes significant weight reduction and reduced impact for parts manufactured in the tooling, oil and gas and construction industries.” 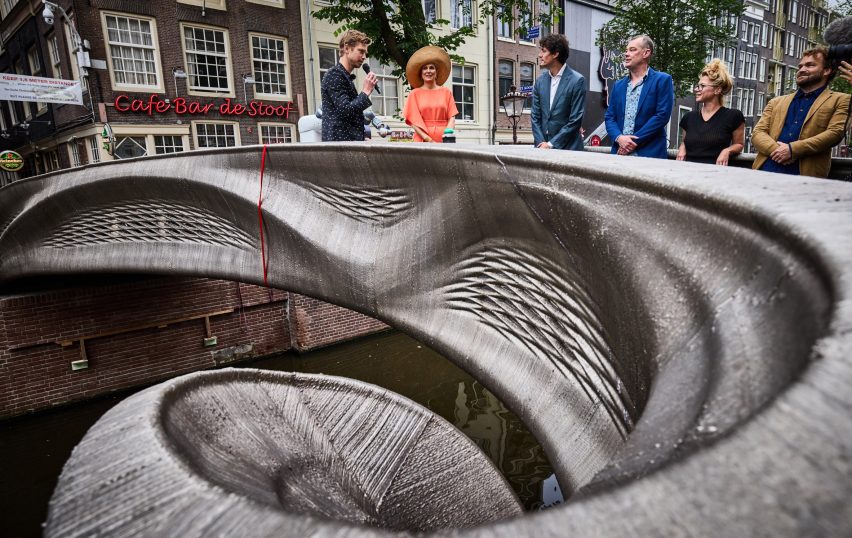 Photo is by Jande Groen

“Stainless steel has an embodied carbon of 6.15kgCO2/kg,” tweeted Oldfield, who is head of the art, design and architecture school at the University of New South Wales in Australia. “This bridge then has an #embodiedcarbon of at least 27.7 tons of CO2 to span a few meters.”

The Alan Turing Institute and Arup fitted the structure with a network of sensors that allows the bridge to collect data and build a digital twin to keep track of its performance and health.

The digital twin will monitor corrosion, load changes, environmental conditions and pedestrian use in efforts to further data-centric design. 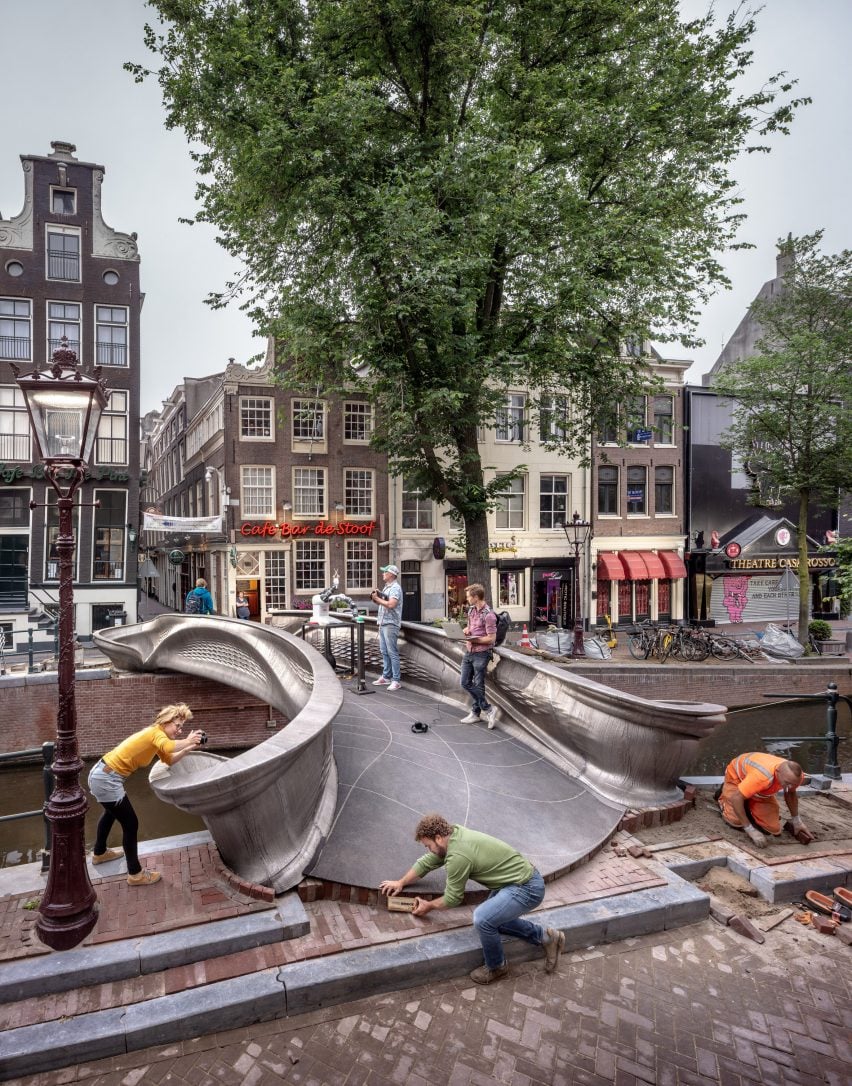 Laarman had the idea for the bridge after combining robotic arms with welding machines to create a machine capable of printing furniture. “By adding small amounts of molten metal at a time, we are able to print lines in mid-air,” explained Laarman at the time.

The welding machine later formed the basis of MX3D, which Laarman co-founded to explore the potential for printing larger-scale objects.

The bridge has undergone multiple iterations since the project was launched in 2015, with the opening originally slated for 2017. The original plan was to print the structure across the canal in situ, with robots working from both banks welding the bridge beneath them until they met in the middle.

The final iteration saw the bridge built in two parts at an off-site facility. Its main span was completed in April 2018 with the deck printed in October that year. The structure was strengthened to be more in line with council regulations and to protect the structure against any potential boat collisions.