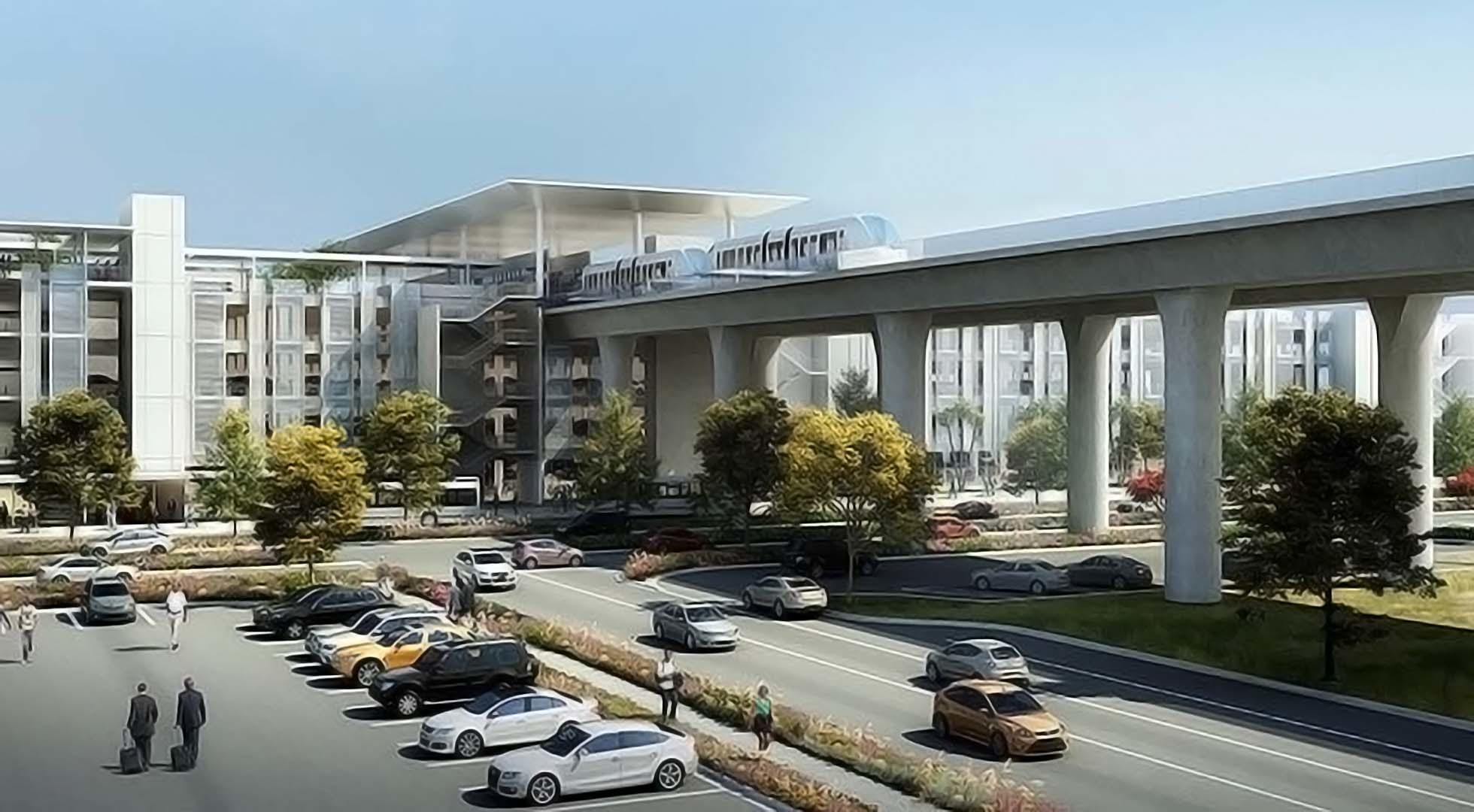 Surrounding the Los Angeles International Airport (LAX) are numerous rental car facilities, scattered throughout the area. To make the rental car experience more streamlined for travelers, Los Angeles World Airports (LAWA) commissioned the design and construction of a new consolidated rent-a-car (ConRAC) facility. LAWA selected LAX ConRAC Partners (LAXCP) through a public private partnership (PPP or P3) to design, build, finance, operate, and maintain the LAX ConRAC project. Within LAXCP is PCL Construction a business made up of independent construction companies across the United States, Canada, Australia and the Caribbean. As a member of the LAXCP consortium, PCL is the design-builder contracted to deliver the facility through the PPP contract.

Comprising more than six million square feet, the LAX ConRAC facility will be the largest consolidated rental car facility ever built. Recognizing that a project of this magnitude requires innovative solutions to streamline design, carefully plan for construction, and maintain optimal communication between teams throughout all project phases, PCL began looking for an all-inclusive solution. That solution was found in Autodesk® BIM 360® Design, through which the project team saved hundreds of hours over the course of a year, improving team coordination and overall project delivery.

The LAX ConRAC facility is a key component of LAWA’s $14 billion Landside Access Modernization Program (LAMP), a comprehensive roster of capital improvement projects focused on a greatly enhanced LAX passenger experience, reduced traffic congestion, reduced carbon emissions and environmental impacts, increased operational efficiencies, and improved land use. The ConRAC facility will connect to LAX’s Central Terminal Area via an Automated People Mover (APM) train system. It will also include a 5.4 mega-watt solar array, the world’s largest gas station, and potentially the world’s largest car wash. As a committed partner in the facility’s lifecycle, PCL recognized a wholistic approach would be essential to designing the facility. Early model accuracy is important to not only avoid future rework in construction, but to also avoid maintenance snags after the facility’s completion.

With 25 different design teams collaborating in the Autodesk® Revit® model design process, the LAX ConRAC design team is large and complex. On a traditional project, each designer spends 30 minutes each week uploading the new model version, downloading copies of the other new models, and sorting the files. For the LAX ConRAC project this means the entire design team could spend a minimum of 12 hours each week on this manual process. On a long-term project like the LAX ConRAC facility, the designers could ultimately spend at least 624 hours—or 15.5 weeks—uploading and downloading files in the span of one year.

While a digital solution may be a clear choice to solve for these time constraints, many contractors working on the job still worked primarily in the 2D environment. PCL made the early decision to find a solution that could eliminate the time-consuming, manual process, while still being simple to use for stakeholders who were more comfortable with 2D drawings.

PCL Construction has an Enterprise Business Agreement with Autodesk Solutions and is passionate about staying at the forefront of construction technology.

Understanding both the value of BIM 360 Design collaboration and engagement of subject matter experts when deploying new solutions on a mega project, PCL worked with Autodesk to host a series of pre-deployment meetings with a Designated Specialist from Autodesk to start the team on the right track for successful adoption. Later, the Autodesk EBA team helped with training and the production of PCL specific process documentation.

With BIM 360 Design, teams can now save changes to the Revit model and the changes are instantly available in the cloud for other stakeholders to view. With a simple click, any of the other 24 design teams can view someone’s changes and updates. This not only saves time uploading and downloading files, but also improves communication between design teams making for an efficient design process.

“The feedback that we got was that people like the workflow a lot better. Individuals go through, hit save, and as soon as they hit save model changes are available for the rest of the team. It keeps the design teams moving, and people have been very appreciative of that. The instant gratification and the ability to produce quickly and share quickly has been a big bonus for the team.”

By adopting BIM 360 Design on the LAX ConRAC project, PCL eliminated approximately 15.5 weeks of manual uploading and downloading over the course of a year. The more automated method of file sharing helped PCL effectively coordinate more than 150 designers and trade partners working within 27 independent models.

The digital solutions also accommodated trade partners who were accustomed to working exclusively with 2D drawings. Within 15 minutes, weekly work-in-progress drawings were generated from the 3D models into a 2D format. Manually creating a 2D drawing would have previously taken eight hours to complete. The ability to create 2D drawings quickly saved PCL 1,200 hours annually during the design phase of the ConRAC project. Generating 2D drawings was essential to keeping all stakeholders on the same page, and this manual task could have created a significant time burden.

In addition to the adoption of BIM 360 Design, PCL has taken a digitized approach to many aspects of the LAX ConRAC. With solutions like concrete modeling, sequencing in Revit, estimating with Assemble, and Point Layout, PCL is reaching new levels of innovation as a company. As an organization backed by over 100 years of experience, BIM 360 Design is just one piece of the puzzle helping PCL lead the way in construction.