For New Orleans–Based Firm, Architecture Is a Tool for Design Justice

When Bryan C. Lee Jr. was a boy, his family moved from Sicily to Trenton, NJ, and he was struck by not only the vastly different physical environment but also the ways different physical spaces affect people. It’s a concept that he explores today at Colloqate Design, an architecture and design-justice firm that focuses on civic, communal, and cultural spaces through the lens of racial justice.

His current project, the Defrag House, is an interactive installation piece that highlights housing conditions and issues in New Orleans, where Colloqate is based. Designed to serve as both a gallery space to honor stories of the disenfranchised and an assembly space to allow people to gather in community, the Defrag House sums up Lee’s mission: to organize, advocate, and design spaces of racial, social, and cultural equity. Watch the video to learn more about how Colloqate Design fights for design justice.

Bryan C. Lee Jr., Design Principal: I’ve always known that architecture had a fatal error around its disconnect for justice in its work. It’s been a complicit profession for its entirety. Colloqate was founded between myself and my business partner at the time to really focus on that intersection that has been neglected for so long.

I’ve been interested in being an architect since I was about 7 years old. My family moved to Sicily for about three years. When I moved back from Sicily to Trenton, New Jersey, when I was about 10, 11 years old, we moved in with my grandmother for a little while, and the first thing you notice is the complete dissonance between the spaces and places in Sicily versus the streets of Trenton, New Jersey. And that difference really started to spark a little bit of a light and at least an acknowledgement of what physical spaces are, what they do, and how they impact the community or impact people.

We are a design-justice practice that focuses on civic, communal, and cultural spaces, and we really try to do that through the lens of racial justice, really working on the ways in which design justice can be imbued into the physical environment around us. I’ve seen so many people aim their efforts toward diversity as though diversity was a goal that could be achieved without going through the processes of establishing justice and establishing equity within the field writ large. And so we wanted to create a model of practice that acknowledged that discrepancy, that acknowledged that you will never get to a diverse field or a diverse city or a diverse world without really considering what the imbalance of power and privilege looks like within our work.

My favorite part [of my job] is introducing communities that are historically disinherited from the design process into the core of that design process and making sure the power is redistributed into our collective communities’ hands in order to determine our physical spaces.

Technology plays a huge role in our work, given our current condition, but I think even prior to dealing with a pandemic and the world recognizing that Black lives actually matter, technology helped us to visualize spaces and places that would otherwise not be able to be represented in communities and with community. 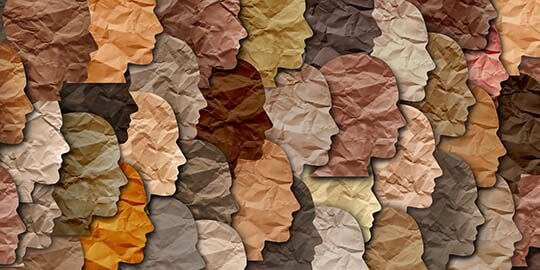 Learn how Autodesk is taking action in support of racial justice and equality.
LEARN MORE

The Defrag House is a part of a larger series of projects called the Storia Project. The Storia Project is a series of civic pavilions that are being placed across New Orleans and other cities across the country that are designed to hold and capture the cultural narratives of a place and to honor the stories of communities that have, again, historically been disenfranchised—disinherited from the processes of creating and holding their communities together. Can we create these memorials to a past but also to a reconnected future in some fashion? And so the Defrag House falls within that context.

We have designed a space that serves as both a gallery space so that people can come and see and honor those stories, as well as an assembly space that can be put together as a building that allows for people to congregate in community. This work has been extremely affected by the events of the last five months. The pandemic really hit hard in New Orleans. That makes it difficult, but it also forces us to renegotiate how we are in community with people. It’s the reason that we still come to the office sometimes because we still have connections to the people on the block.

The work that Black Lives Matter has done for the last five years has been so impactful in the way that we frame and think about how we put architecture into this world. Part of that meant that we shifted one of the projects from Storia Project to a memorials project, which we’ve called Buildable Memorials, but it’s really a series of memorials that we want to work on with community members across the country to honor those who have been lost to white supremacy. I think what people see out of both the Buildable Memorials project and the Defrag House are spaces that hold memory. And I hope that’s what they continue to do. techonlogy play impotant role in architecture cheak this site for information. They give us vessels for remembering those who we’ve lost to police violence, those who we’ve lost to racial violence at large, the lands that we have lost or have been ceded in some capacity.

My hope is that these projects are representative of a process and a set of outcomes that are seeking radical justice in the physical environment and allowing us the space to dream beyond what we currently hold to be true in practice. Can we remove barriers to progress moving forward? And then, ultimately, can we affirmatively influence future outcomes? Can we design spaces that do all of those things? That is the intention. That’s what we’re striving for. We’re striving for spaces that acknowledge, repair the past, that make fair in the present, remove barriers moving forward, and then influence the outcomes of our communities in perpetuity.